Out with the old, in with the new 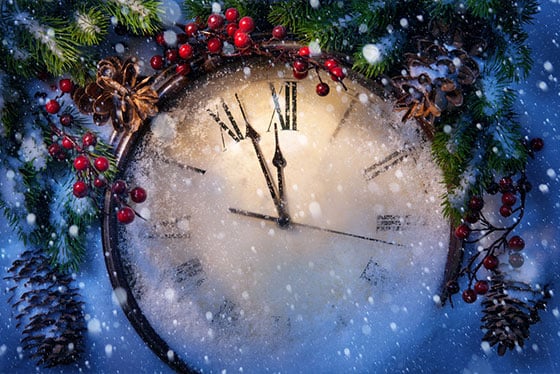 Christmas could be a modicum more merry for many – try saying that after a few sherries – this year. With inflation practically at zero and wage rises officially in excess of price rises, in theory most of us should have a few more pounds in our wallets and purses.

And with fuel prices – a key driver behind the low inflation rate – continuing to fall, the cost of driving to Uncle Eddie and Auntie Flo’s for Christmas will be easy on the wallet too. The marzipan on the cake this year is this current period of prolonged warm weather means we’ll all be ‘quids-in’ as we turn off the central heating.
That’s the good news. Like the Christmas party having to come to an end sometime, similarly economic good times can’t keep rolling for ever.

Last week’s news that the US Fed has increased the interest rate in the U.S. from 0.25% to 0.5% is an indication that the party may be over. The guests are still in the room, there’s still whisky in the jar but, for now, the music has stopped.
While it may be some time before interest rates go up in the UK, go up they will. The current long low-rate stretch has been a boon for many with lower mortgage rates and cheap home loans. But all good things come to an end. The US rate rise is the first concrete signal that rates in this country will increase before long.

Large numbers of mortgage borrowers are not prepared for higher rates and those with interest-only deals will likely be worst hit. Those with home loans cannot afford to be complacent and should prepare for bigger repayments now.
Any eventual rise in interest rates this side of the pond is likely to be a gradual one so it could be a long time before this translates into an increase in rates for Britain’s savers who have been hard pressed to make any money on their cash deposits in recent years.

Meanwhile, it has been a rollercoaster year for investors. From the highs of March when the FTSE 100 Index went over the 7,000 mark for the first time in its history to the lows of the Black Monday sell off in August when the index fell to 5,900, prompted by a reality check from the global economy.

A slowdown in growth in China in part led to a sustained fall in oil prices which in turn has had a negative impact on the Russian economy. Lower demand led to a fall in prices for commodities like mining and metal resulting in a fall in commodity companies’ share prices. Finally, concerns about Greece being forced out of the euro have been replaced by fears of a potential Brexit from the European Union, with the ‘Yes’ and ‘No’ camps being finely balanced going into 2016.

So investors will enter the New Year with less of a spring in their step. However with interest rates for savers unlikely to rise for a considerable time, investments, including stocks and shares ISAs, continue to offer growth potential although your investment is not guaranteed and its value can go down as well as up. Cash investments have capital security.
Putting money aside for the future, be it in anticipation of higher mortgage repayments or to help with retirement planning is the great gift we can give ourselves, whatever the time of year.