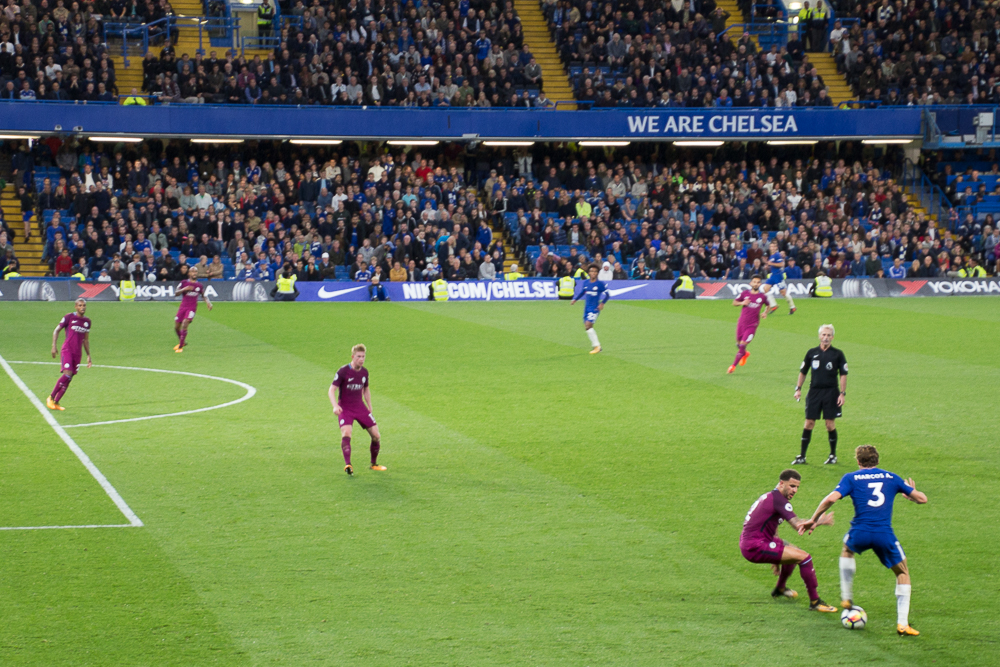 We analyse the latest Premier League games in our all-important round up including Manchester City’s dominant display against champions Chelsea!

It was wins for all of the top three on Saturday, with Manchester City defeating Chelsea in the headline game that had them reclaim the top spot. City’s Kevin de Bruyne scored the only goal of the game when he smashed a beautiful strike past his fellow Belgian team mate, Thibaut Courtois.

It was a very one-sided display from the visitors and the way they dismantled Antonio Conte’s side was frightening. The two Super Savers that started in goal for both sides were Courtois and Ederson. The Brazilian arguably had the better game, keeping a clean sheet and making good saves from Eden Hazard and Álvaro Morata. He was great with his feet and demonstrated how he can put in a solid performance under intense pressure in a big game.

Thibaut Courtois did not have a bad game at all at the other end, keeping out a vital save from Fernandinho to keep Chelsea in the game. He had no chance with de Bruyne’s opener, however, so cannot be too disappointed.

Up north in Manchester, it was a routine victory for the Reds, as they thrashed Crystal Palace 4-0. Juan Mata scored his first goal of the season within three minutes, with Marouane Fellaini scoring a brace, and star striker Romelu Lukaku adding to the tally after 86 minutes. While Roy Hodgson has time to turn things around, his side are really fighting for their lives, meaning that another game without a point or goal could really do some long-term damage to the players.

Palace keeper Wayne Hennessey has certainly seen better days. He might’ve hoped he would deny United from running up their sixth four goal haul in 11 matches, having made an excellent save to frustrate Anthony Martial with only ten minutes left of the match, however, there was nothing he could do to prevent Lukaku from scoring.

United keeper David de Gea, on the other hand, now has six clean sheets in seven league games and will no doubt be a top contender for getting the most clean sheets this season.

Spurs striker Harry Kane has had the most prolific month of his career, as his side thumped Huddersfield 4-0, taking his tally to 13 goals in eight matches in September. Spurs were a class above any team Huddersfield have encountered so far this season and, while the players’ attitudes were spot on, and they didn’t bow down, they could do nothing to prevent the onslaught of Harry Kane and Spurs.

Huddersfield goalkeeper Jonas Lössl had no chance with the majority of the goals scored against him, having been let down by his defence who exposed him for goal number one and two. Spurs keeper Hugo Lloris achieved another clean sheet and made some good saves, especially in the opening stages of the match.

On Sunday Liverpool drew 1-1 with Newcastle leaving the Reds in seventh place, seven points behind leaders Manchester City. Jürgen Klopp would argue Liverpool were the better side, having created more chances, however, they must play better in order to secure all three points.

Philippe  Coutinho scored a magnificent goal which curled beautifully into the top corner. However, the Magpies’ Spanish striker Joselu scored shortly after to keep both teams level, it was a rather bizarre goal that, after Joël Matip’s tackle, rebounded off his shin and into the net! Simon Mignolet was left stranded, only to watch the ball roll over the line.

Unfortunately, it’s international break next weekend, so we won’t see any super goalkeeping displays and footballing masterclass in the Premier League. Don’t worry though, in just under a fortnight’s time, the action will return and what a better way to kick things off than with Liverpool facing Manchester United on Saturday at midday! I’ll be back before then to give you all the latest look ahead. Until next time!