Super saver alternative league: Why Liverpool should be looking elsewhere for their super saver 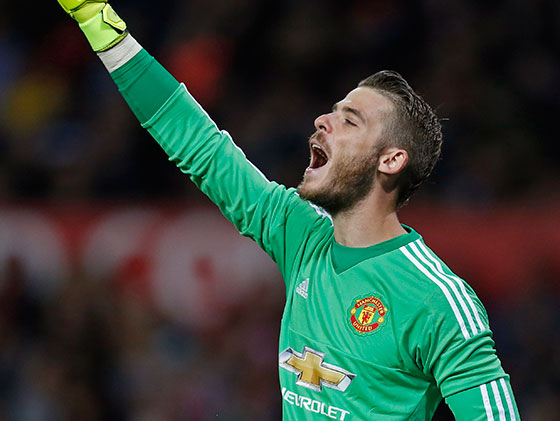 Aye, I’m back again for another week of football and fantastic goalkeeping. I start on a bit of a bad note, I saw some shocking news this week. Liverpool gave Simon Mignolet a new five-year contract! Our stats show that Mignolet’s performances between the sticks is one of the factors that is holding Liverpool back. In fact, his play has helped result in Liverpool being six places worse off than they should be. They would have been better investing it in the transfer window!

One of our favourite keepers, though, just keeps on delivering the goods. Jack Butland helped Stoke to a draw against the Gunners and has now helped his side climb nine places further than they would have if he weren’t there. Meanwhile, if goalies didn’t exist, Spurs and Man City would be storming the league, whereas Manchester United would be having more of a nightmare season than they are currently having, languishing in 12th in our league.

Speaking of United, that David de Gea (pictured) is more than proving his worth, no wonder Real Madrid want him. It will take a big offer, a wee bit more than my pension pot, to prise him away. The goalie transfers are fairly hotting up now, with Kasper Schmeichel, Costel Pantilimon and even Chelsea’s Thibaut Courtois supposedly on the move. Boy, is this an exciting time!

Here at Scottish Friendly we thought we would highlight just how important keepers are to a team, after all they are savers in their own right! We imagine each game without keepers and take the number of shots on target by each team as the result. By looking at it this way, we can see which goalies have been busy winning their team points, while also finding out which ones are holding their teams back.