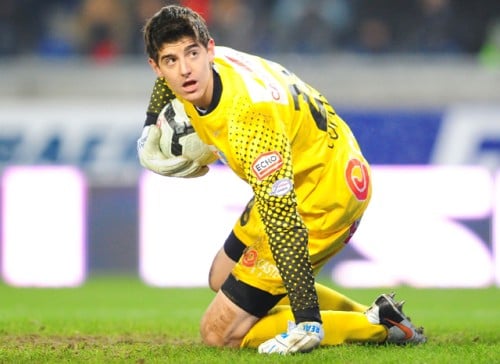 Hello my fantastic football followers. What a terrific weekend of Premier League action that was! We enjoyed some great results. Liverpool, Arsenal, and Manchester City go joint top of the league with 20 points apiece.

Every week we pick a professional #SuperSaver who concedes the least amount of goals. Last week, we saw Everton’s Maarten Stekelenburg take the award after conceding one goal from 19 shots. We made a prediction on Friday and chose David de Gea as the man who would probably come out on top.

Sadly, we couldn’t have made a worse prediction – Manchester United lost 4-0 against Chelsea which means David de Gea’s saving record has been left in tatters. José Mourinho, the former Chelsea manager, was appointed manager of Manchester United in a controversial appointment – This result could not have been worse for the Portuguese helmsman, who’s frustration was blatant in the post match interview.

The winner of this week’s #SuperSaver award goes to the Belgium and Chelsea shot-stopper, Thibaut Courtois, who put in a marvellous performance against Manchester United on Sunday night. The courageous Courtois received 16 bulleted shots from the Manchester United side, and conceded absolutely nothing – 90 minutes very well spent!

In July 2011, Courtois joined Chelsea for a reported €9 million (approx. £8 million). In his first season for Chelsea, Courtois and his team won the Premier League and the League Cup.

Every week we also name the goalkeeper with the most clean sheets. This week, it’s a very unlikely tie between three of the Premier Leagues top goalkeepers: Thibaut Courtois, Petr Čech, and Hugo Lloris. All three goalkeepers have four clean sheets out of eight matches – that’s a 50% clean sheet record! What a pool of talent we are blessed with!

Lastly, we look at all the saves from last weekend’s matches and select the best! This award has to go to the Manchester City goalkeeper, Claudio Bravo, who stopped Southampton from gaining the lead by putting in a jaw-dropping save from Nathan Redmond who looked certain to put his team in the lead. Click here to view the highlights from that match.