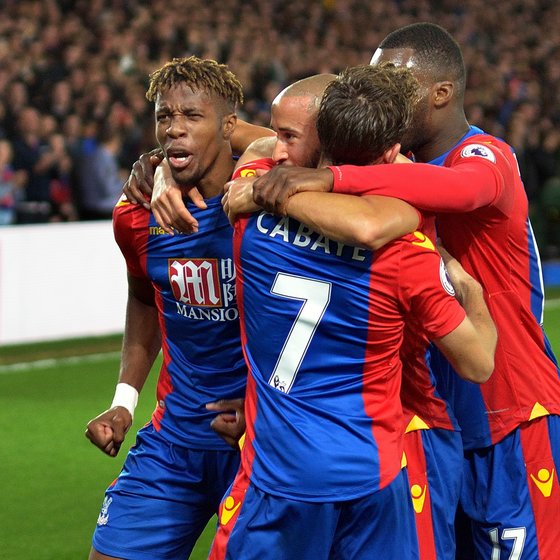 What a terrific footballing weekend that was! Even with reduced fixtures – due to the FA Cup semi-finals being played – there was still plenty of entertainment.
Bournemouth were fantastic against Middlesbrough, winning 4-0 and leaving Boro’s survival hopes in jeopardy as they creep ever closer to Championship football. It really was a hopeless display from the visitors, and goalkeeper Guzan could do nothing to prevent many of the Cherries’ goals.

Hull have been experiencing a turnaround under their new boss Marco Silva, and the win over Watford will help boost their survival hopes. Eldin Jakupović was excellent, making two crucial saves. The first denied Prödl’s efforts in the first half, and his quick feet then kept out Capoue’s close range effort after a long throw in which opened the Tigers up.

There has seldom been any blame levelled at Jakupović and he has become a dependable figure for Silva’s city. While he may not be the most talented keeper in the league, it would be hard to find a keeper playing with this much confidence!

It was a frustrating afternoon for Everton as they failed to pick up three points against West Ham. Romelu Lukaku was kept quiet throughout the match, and it took his side 70 minutes to register their first shot. What’s worse is that they didn’t have any shots on target in the whole match!

Everton goal keeper Joel Robles was dropped to the bench for this game and Stekelenburg started instead. Robles will no doubt be gutted about the decision, however he’s still relatively young and has lots of time to improve.

Sunday saw Manchester United close in on the top four with a comfortable win over Burnley. Wayne Rooney was back in the line-up and marked his return with a goal via a deflection of Michael Keane. David de Gea will be happy to have kept a clean sheet, however he had little to do and was not overworked at all by Burnley.

At Anfield, Christian Benteke was back to haunt his former club as his side beat Liverpool 2-1. The big Belgian netted two, scoring in either half, to dent The Reds’ top-four aspirations and help edge his towards Premier League survival.

Simon Mignolet had very little to do aside from the two goals, which weren’t really his fault. He will instead be disappointed with his defence who should have dealt with the Palace set piece much better.

Wayne Hennessey had a solid game in between the sticks for Palace. However, even his cat-like reflexes could do nothing to stop Coutinho’s stunning free kick! The Welshman was not given too much else to do other than to pick the ball up out of his net, and he will be full of confidence going into the last five games of the campaign.

With more games going into this week and a super line up next weekend, including the North London derby, I will be busy catching up on all the action. I’ll be back before you know it, so stay tuned fellow goalkeeping fanatics!