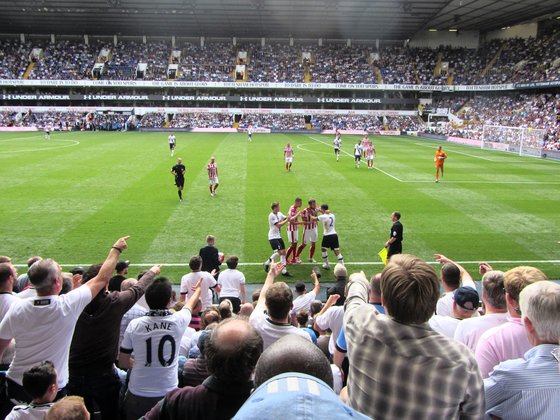 I don’t know about you but I can’t wait for this weekend! We have been treated to lots of football mid-week and, no sooner does one game end, another is upon us! The North London derby is likely to be a passionate affair between two teams who will be desperate for bragging rights. Spurs are four points behind Chelsea and need a win to close the gap.

Arsenal’s main focus is to finish in the top four, and they would love to spoil Tottenham’s hopes of finishing above them for the first time in 22 years. Čech and Lloris are expected to start with the Frenchman keeping 14 clean sheets so far this season! Lloris’s shot stopping excellence is helped by Spurs’ defence which is arguably the best in the league!

needs to be on top form to keep out Tottenham’s deadly attack and he will be in full confidence having played most brilliantly against Leicester on Wednesday night. His save to deny Mahrez’s fierce volley in the first half was awesome!

At the Bet365 Stadium, Stoke City will host West Ham, where a surprising top-half finish in the Premier League remains a possibility for both sides. Darren Randolph was dropped for the draw against Everton, and Adrián stepped up with a confident performance. The Spaniard did himself no disservice so it’s a strong possibility he will continue in goal against Stoke. It will certainly be an important game for both sides.

Romelu Lukaku has the opportunity to prevent his former club, Chelsea, from taking another stride towards the Premier League title on Sunday at Goodison Park. Everton are currently enjoying an eight-game winning run at home and have won five of their last seven Premier League games against Chelsea at Goodison.

Ronald Koeman’s Everton will no doubt be a tough encounter for Antonio Conte’s Chelsea and goalkeeper Thibaut Courtois can’t expect an easy ride.

Top-four chasing Man United host relegation strugglers Swansea on Sunday and the visitors will be doing everything they can to avoid the Championship next season. A result at Old Trafford would be much needed and Fabiański should start for the Swans. Can the former Arsenal keeper be the man to save his side from relegation?

Only time will tell how this weekend’s games will pan out, but one thing’s for sure – I’ll be watching all the games and giving you all the latest from this exciting round of fixtures