Will Hennessey pull out the stops and be this weekend’s SuperSaver!? 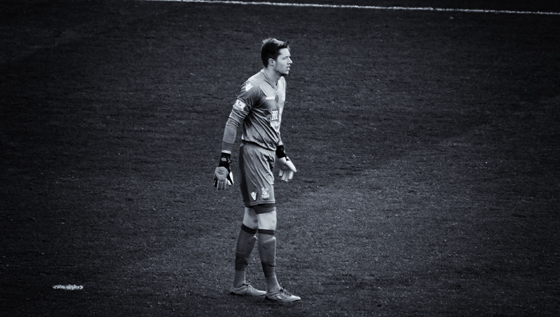 Hello footy fans! It’s me Bob Friendly! Although none of the big sides face each other in this weekend’s fixtures, there are still a few tasty games in store.

I can’t wait for it all to kick off and to watch all the SuperSavers in action as they show off their shot-stopping prowess. With the Premier League season coming to an end, can anyone catch Thibaut Courtois at the top of the clean sheet table? Behind him, David de Gea and Hugo Lloris are tied for second place on 11 so will be desperately blocking and parrying shots in a bid to reach top spot.

The pair face Sunderland and Watford respectively with both teams, in particular the Black Cats, struggling for points in recent games. Spurs have never lost in the Premier League against Watford and Hornets captain Troy Deeney has failed to score in four appearances against Tottenham, a record he will be hoping to overturn when he comes up against Lloris on Saturday.

Elsewhere in London, West Ham take on Swansea. The Hammers are just five points above the relegation zone after losing five on the bounce in the league, which means they will no doubt be prepared to play ugly on Saturday as they go in to hunt for a vital three points.

Worryingly, West Ham haven’t kept a clean sheet since mid-January, and conceded three goals against Arsenal on Wednesday night. Now that’s a poor goalkeeping record, if you ask me!

So, goalkeeping fans, who will be our SuperSaver for this weekend? I’m going to go for Wayne Hennessey of Crystal Palace. After putting in an excellent shift for Palace at the weekend to help the Eagles get a shock win at Stamford Bridge, he will be full of confidence going into the weekend’s game against Arsenal.

The Welsh international has been terrific since Allardyce arrived in December, and goalkeeping coach Martyn Margetson has been instrumental in getting him in tip top shape. I’ll be back next week folks as we reflect on the weekend’s games. But, until then, I’m going to get my goalie gloves on and do what I do best…save!