Alas the season has come to an end, the Super Savers we must commend! 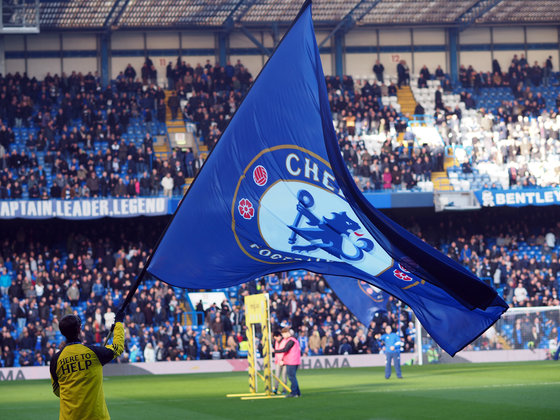 My fellow goalkeeping enthusiasts, another memorable Premier League season has come to an end. It has been the season where Chelsea, who finished 10th last season, finished as champions, and Leicester City, who won the title last year, finished 12th – it’s funny how things work out, isn’t it!?

Pep Guardiola’s Manchester City confirmed a third-place finish after thrashing Watford 5-0. It was a blitz of first half goals that crushed Watford’s hopes, with the visitors scoring four in the first half.

Heurelho Gomes started in goal for the Hornets and it must have felt like a training exercise with the amount of City efforts on goal. The Brazilian did, however, produce some fine saves – in particular his saves to deny Agüero in the second half.

Willy Caballero started in goal for City in place of the injured Claudio Bravo who, many would argue, has been the goalkeeping flop of the season! He is the first goalkeeper who I have ever seen receive an ironic round of applause from his own fans for making a save! The Chilean has been hapless under Pep Guardiola and many would question the £17 million-pound switch from Barcelona last summer.

It was celebrations for Thibaut Courtois who is the winner of the Premier League Golden Glove award. The Belgian star kept 16 clean sheets this season, and beat off stiff competition from Tottenham’s Hugo Lloris who finished second to him with 15 clean sheets.

The former Atlético Madrid shot-stopper was presented the award by team mate Eden Hazard, after they thumped Sunderland 5-1.

For me, Sunderland’s Jordan Pickford has been terrific in this campaign. At only 23, he is far from the finished product, yet his displays this season have been fantastic and made him one of the most sought-after young goalkeepers in Europe, even though he’s been playing in the Premier League’s worst team.

Despite Courtois conceding, it was a dominant display from Chelsea who fashioned 28 shots compared to the Black Cats’ mere seven.

Courtois made 68 saves this season. The stand out save was performed when he denied Patrick van Aanholt and Sunderland an equaliser in stoppage time of Chelsea’s 1-0 victory at the Stadium of Light in December. It was a clean sheet and one that kept Chelsea’s winning run going.

Liverpool sealed their Champions League place with a victory over Middlesbrough. It was a nervy start for the Reds and took a brilliant Georginio Wijnaldum finish at the end of the first half to break the deadlock. It was a great goal from the Dutch international and there was nothing Borough keeper Brad Guzan could do.

Guzan’s time on Teesside will come to an end this summer as it has been confirmed that he will join Atlanta. Víctor Valdés established himself as a first-choice goalkeeper, meaning Guzan had made just five appearances since signing from Aston Villa last summer!

Tottenham demolished Championship-bound Hull City at the KCOM stadium in a match where Harry Kane scored a hat-trick to retain the Premier League golden boot. Hull keeper David Marshall made his first league start under manager Marco Silva, and was helpless as two goals from Kane in the opening 13 minutes, and a goal from Dele Alli in the first half, put the game to bed before Hull even had the chance to get out of bed!

Marshall’s nightmares didn’t stop there as Victor Wanyama, Kane, Ben Davies, and Toby Alderweireld all scored to ensure Hull exited the top flight with a whimper. It really was a devastating display by Tottenham!

So, that’s the end of the 2016/17 campaign, hasn’t it been great! While the season may have ended, the 2017/18 campaign is just around the corner, so remember to keep on saving. Until next time, folks!