Super Savers couldn’t save their teams from relegation 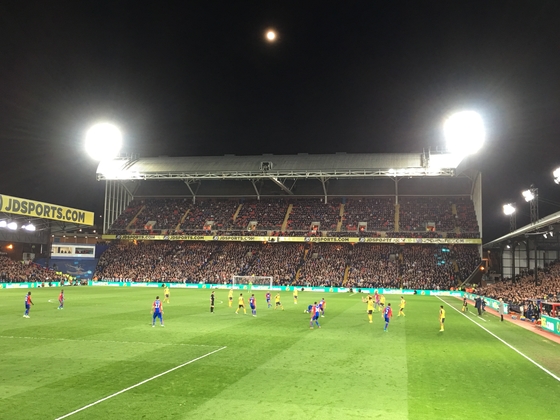 So, with Chelsea claiming the Premier League title after their midweek victory against West Brom, the battle for the remaining top four and last relegation place were the main focus of the fixtures this weekend.

Saturday’s lunchtime kick-off saw Pep Guardiola’s Manchester City hold their nerve against a Leicester side that were unfortunate not to have nicked a point. Riyad Mahrez’s penalty slip prevented Man City a slip up of their own in the race for a Champions League spot. The Sky Blues moved past Liverpool to third place in the league. Willy Caballero started in goal and, other than Okazaki’s high-velocity volley, he had very little to do.

One could argue that neither Caballero nor the injured Claudio Bravo are good enough for a team that are consistently challenging for the title. Caballero in particular is very error prone and can’t really be trusted as Man City’s No.2. With Joe Hart set to leave in the summer, it will be interesting to see who Man City sign up.

Arsenal put four past Stoke in their customary late season surge, with the win putting the Gunners in fifth with 69 points. Arsenal’s keeper Petr Čech has been enjoying a rich vein of form and Stoke were unable to test the Czech international on his 400th Premier League appearance.

It was commiserations for Hull as they fell out of the Premier League in feeble fashion, losing 4-0 to Crystal Palace. Andrea Ranocchia’s error gifted Palace a goal within the first four minutes as Zaha slotted past Jakupović to pile the pressure on Marco Silva’s withering Hull. The Tigers keeper will feel bitter about retrieving the ball four times from the back of his own net but he will surely be remembered for some of the fantastic saves he’s made this season!

West Ham capitulated against Liverpool, much to the anger of Arsenal fans who needed the Hammers to win to keep Wenger’s top four record intact. Hammers’ keeper Adrián was faced with the relentless Daniel Sturridge and Philippe Coutinho where he had to be alert and on the top of his game. Simon Mignolet must have had his heart in his mouth as André Ayew missed two simple close-range chances, somehow managing to hit the post both times when it seemed easier to score.

In the last game at White Hart Lane, Wanyama thundered a header past David de Gea in the sixth minute. United’s shot stopper stood up well to an effort by Son Heung-min after he wriggled through the defence. The Spaniard was called into action again after a cross by Christian Eriksen was sent looping towards the top corner after a wicked deflection. De Gea denied Spurs by saving Dele Alli’s top corner-bound shot. The United keeper was looking exasperated and we hadn’t even reached half time.

In the second half, de Gea was left helpless as a world class free-kick delivery by Eriksen allowed Kane to poke home Tottenham’s second. How many keepers in the Premier League have fallen foul to the combined force of Eriksen’s playmaking prowess and Kane’s penchant for poached goals?

Rooney scored for United in his return to the starting line-up. Martial, who had been United’s bright spark, sent a low driven cross to Rooney who stuck it home as he charged into the eight-yard box. At such close range, Lloris was helpless to do anything, even with his normally lightning fast reactions.

We have but one more week of Premier League action left. Sunderland, Middlesbrough, and Hull City have all been branded with relegation. Sunderland finally succumbing to the inevitable, while Hull’s off the pitch ownership antics affected the results on the pitch.

Middlesbrough had a brief taste of the top flight, enough to inspire them next season no doubt. Having a strong goalkeeper between the sticks helps in the fight for Premier League survival but, as we have seen with Pickford, Valdés, and Jakupović – all talented keepers in their own right – sometimes it’s not enough!