We are on the approach to autumn and the new school year has started. To kick start the term, the Scottish Friendly Children’s Book Tour is taking the wonderfully talented and enthusiastic author and screenwriter Ciaran Murtagh to Falkirk, Renfrewshire and East Ayrshire.

To celebrate Ciaran’s upcoming tour, we are giving away a signed and dedicated copy of Stuntboy, the first book in his most recent series The Fincredible Diary of Fin Spencer. Fin Spencer is a stuntboy-rockstar in training and one day discovers a magic diary which changes his life in the most unusual and unexpected way.

As well as working as a children’s author, Ciaran has written for a host of well-known children’s TV programmes. To be in with a chance of winning, simply complete the programme name below:

The closing date is Wednesday 13th September. To enter please add your answer as a comment below along with your name, who you would like the book to be dedicated to and email address. View full terms and conditions here. 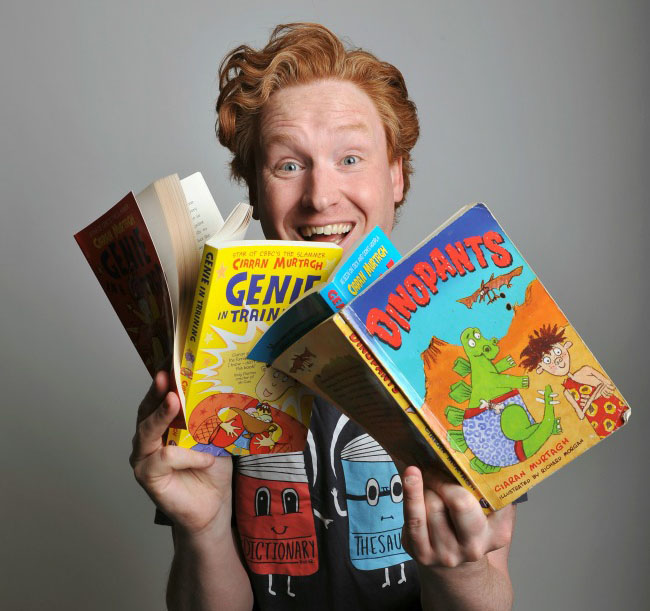 Ciaran is a hugely exciting author in the world of children’s literature. He has written 34 children’s books and has been a screenwriter for a variety of well-known children’s TV programmes including Mr Bean, Danger Mouse and the Amazing World of Gumball. 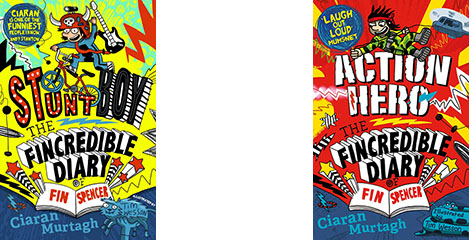 The Genie Series
Published in 2012 and 2013, Ciaran’s Genie Series includes Genie in Training, Genie in Trouble and Genie in a Trap. When Jamie comes across a genie inside the teapot his gran has given him and accidentally wishes to become a genie too, his life is changed forever. Genie in Training was awarded the ECOT Riveting Reads Award in 2013.

The Dino Series
The first in Ciaran’s Dino series Dinopants was published in 2009, with sequels Dinopoo, Dinoburps and Dinoball all published in 2010. The “funniest children’s books since the Stone Age!”, the series stars Charlie Flint, a clever cave boy- inventor who requires help from his friends, and his pet dinosaur Steggy, to fix a very smelly problem in Sabretown.