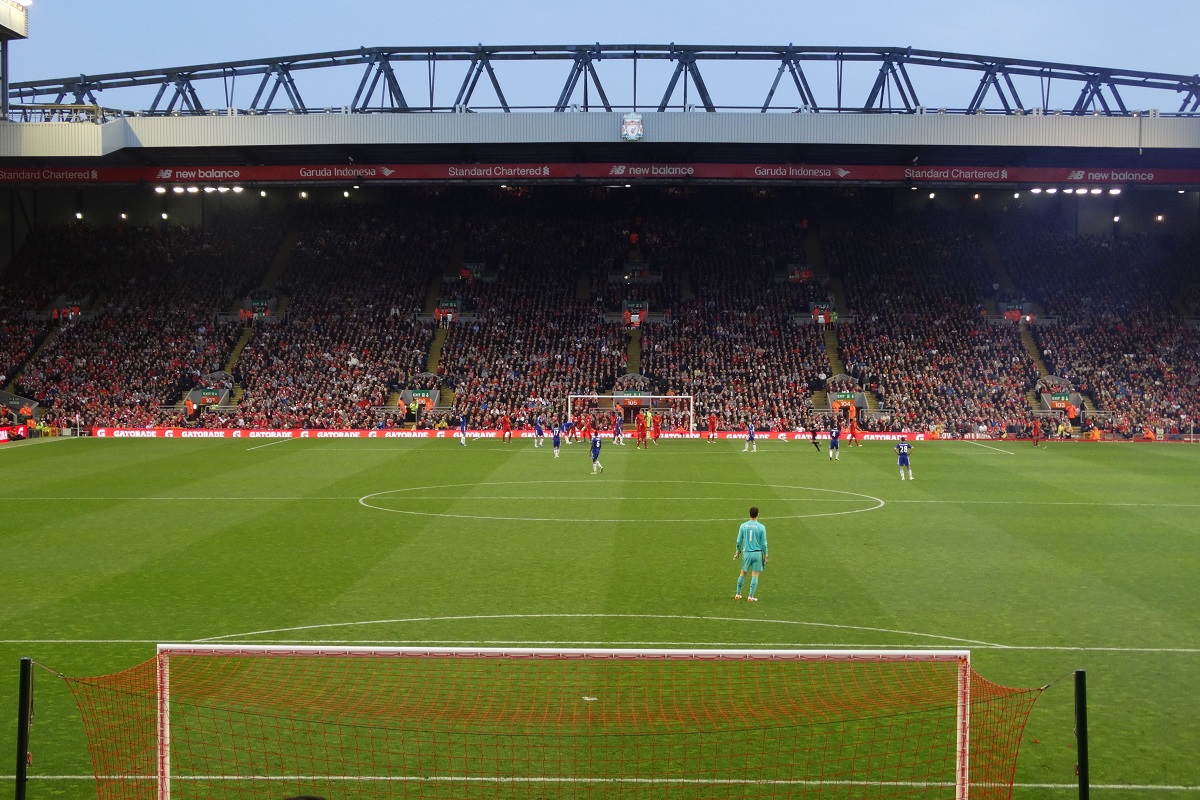 Well, what a super weekend that was! There was some contrast between the Manchester teams, with City destroying Stoke, and United putting in a dire performance against Liverpool!

Manchester City look better than anyone else in the league at the moment, with Kevin De Bruyne a class above anyone else on the pitch. His quality of passing, weight of pass, and vision was exemplary and his influence on the team is clear. Manchester City goalkeeper Ederson was unlucky to concede two deflected Stoke goals, and was rarely needed as Stoke sat deep and the Blues dominated possession in the opposition half.

In the earlier kick-off at Anfield, it was a goalless stalemate between United and Liverpool. However, once again Super Saver David de Gea showed everyone why he is arguably one of – if not the – best goalkeeper in the world right now. His world-class save came on 35 minutes, when he stuck out his foot to prevent Joël Matip scoring from close range.
Jürgen Klopp’s side fired 19 shots at the Spanish keeper, but his outstanding shot-stopping prevented a breakthrough. David de Gea is now on his way to his 18th Premier League clean sheet of 2017.
In contrast, this was only Liverpool’s third clean sheet in 13 games so far this season. Simon Mignolet, however, will be pleased with a clean sheet and his only real involvement in the game was a great save to deny Romelu Lukaku.
There was no excuse for Chelsea as they suffered defeat at the hands of a determined Crystal Palace side at Selhurst Park. The Blues are having an injury crisis with Álvaro Morata, N’Golo Kanté, and now wing-back Victor Moses (who limped off with a hamstring injury). Credit must be given to Palace, as Wilfried Zaha was fantastic on his return from injury – running at the Chelsea defence and causing them all types of problems – and he got his just reward by scoring the winner with a good finish past Thibaut Courtois.

Elsewhere on Saturday, Arsenal lost 2-1 at Vicarage Road. Troy Deeney was The Gunners tormentor, bullying the defenders with his physicality and mentality. Gunners’ boss Arsène Wenger felt the penalty decision was unfair, and will blame this for his sides defeat. Arsenal, however, needed to be more ruthless and convincing.
Questions have always been asked of Arsenal and their lack of fight and desire, and they did themselves no good in proving the critics wrong on this occasion.

Swansea City triumphed against Huddersfield at the Liberty Stadium, with Tammy Abraham as the star of the show, demonstrating what Chelsea are missing in Morata’s absence. Huddersfield have now gone seven games without victory, and need to learn that, in the top league, you pay the price for making mistakes.
Swans goalkeeper Łukasz Fabianski had a solid game and made whatever was thrown at him look relatively simple. He was decisive and commanded his area well. He’s one to keep an eye on and we can learn a lot from his shot stopping ability and super saving!

There’s to be more Premier League action tonight, as Leicester take on West Brom at the King Power Stadium, and we are also lucky to have a Friday night fixture that sees West Ham take on Brighton. Get ready for a jam-packed week, folks. Until next time!